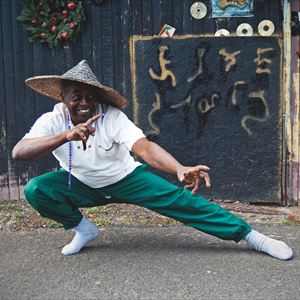 All Ural Thomas & The Pain performances

Universally recognized as one of the most exciting singers from the original soul era, Ural Thomas remains at his peak.

Sharing stages with everyone from James Brown and Stevie Wonder to Otis Redding and Etta James, Thomas became disillusioned with the music business at the end of the 1960s - returning to his native Portland to reign as uncontested Soul Brother Number One for the next 5 decades.

Now back in the spotlight alongside his full showband The Pain, he draws from both the classic and the contemporary to produce a unique and powerful flavour that weaves through everything from sweet Chicago soul to airy West Coast psychedelia and Sly funk.